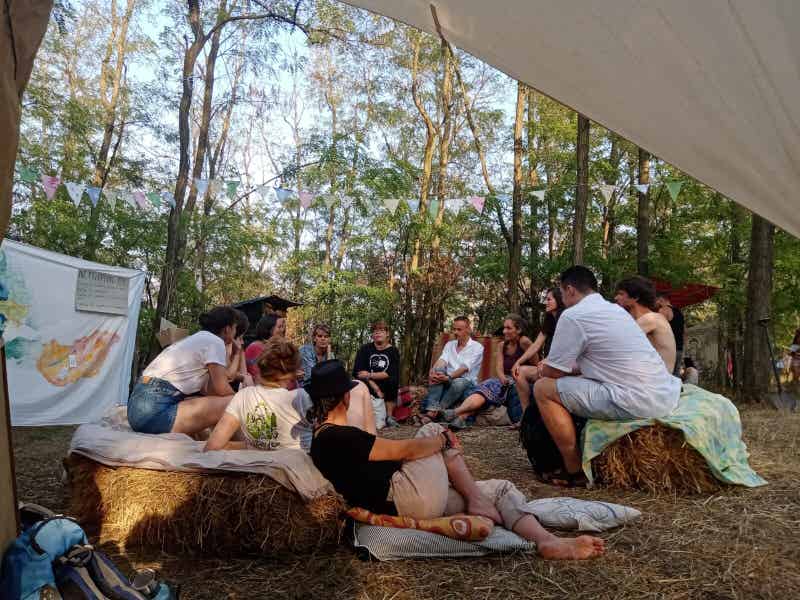 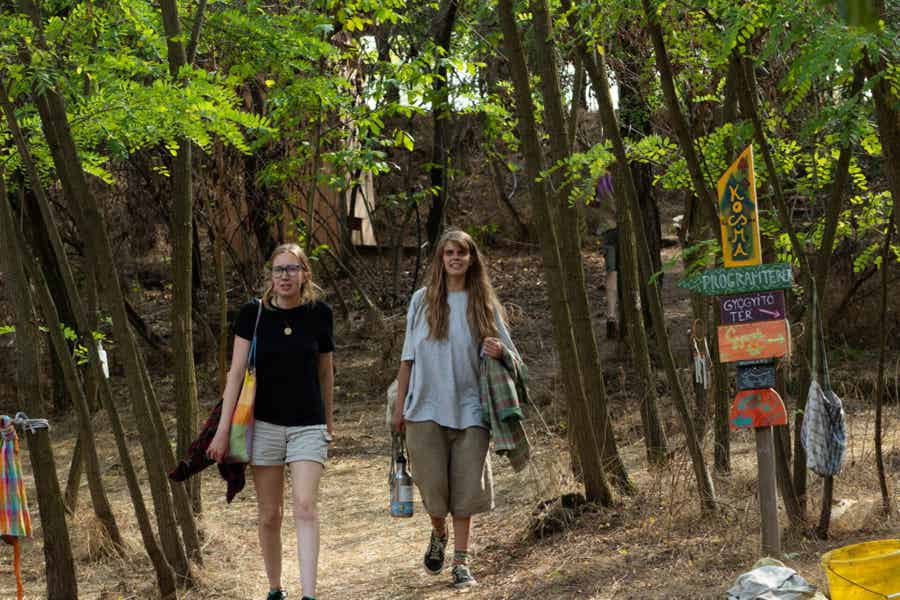 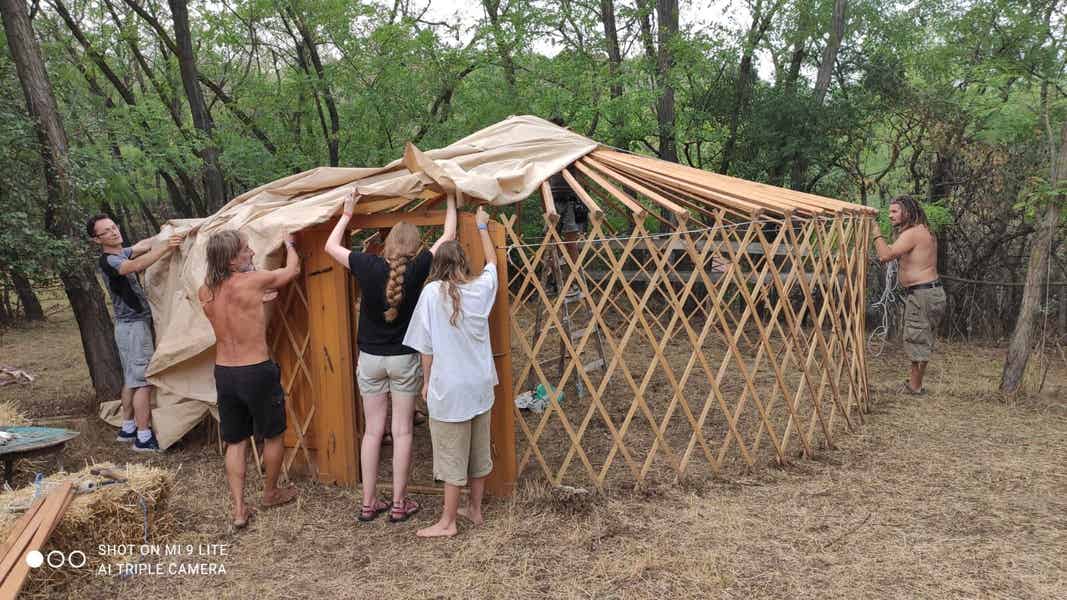 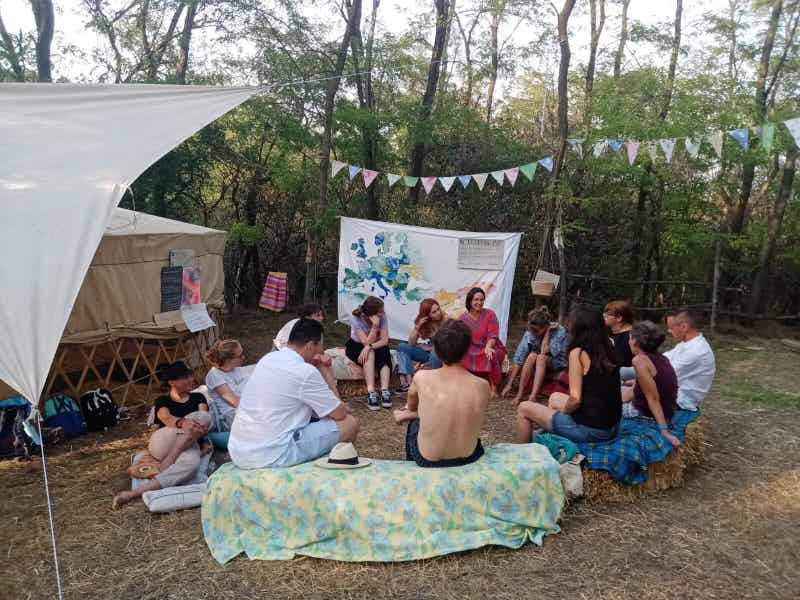 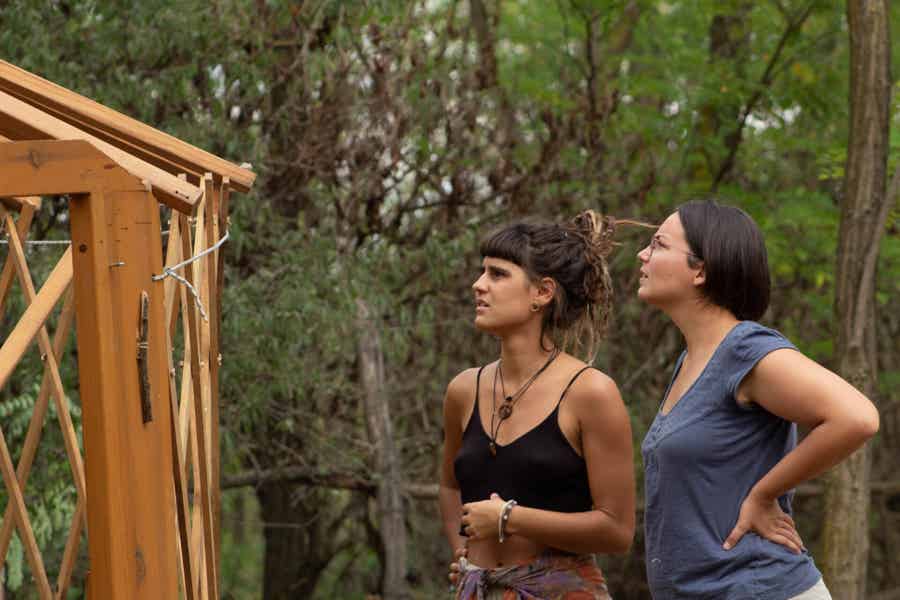 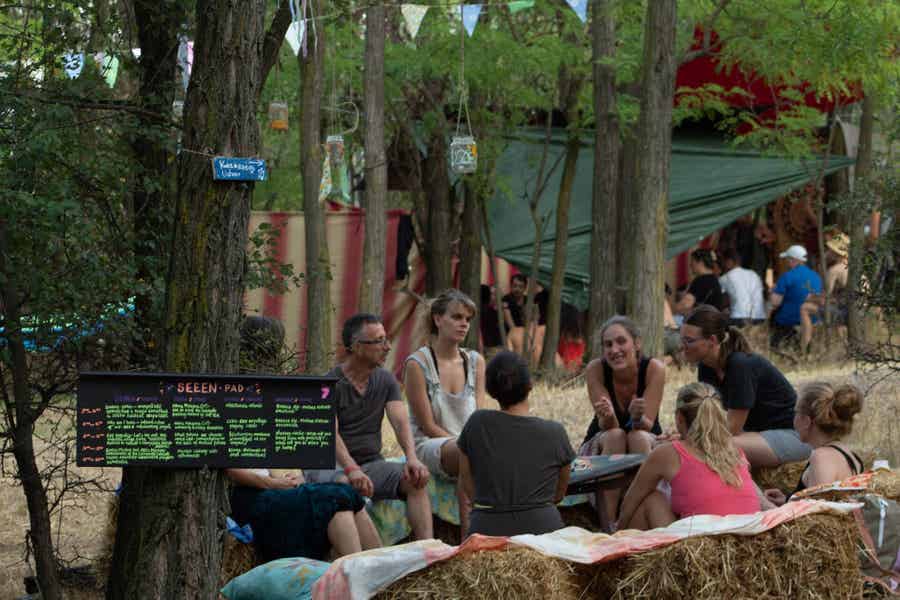 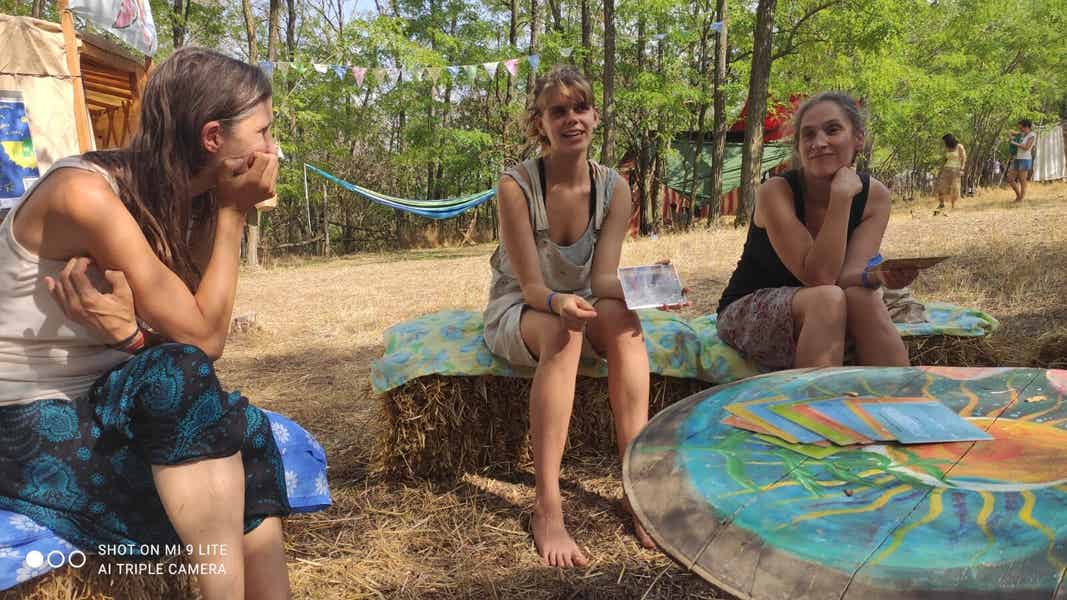 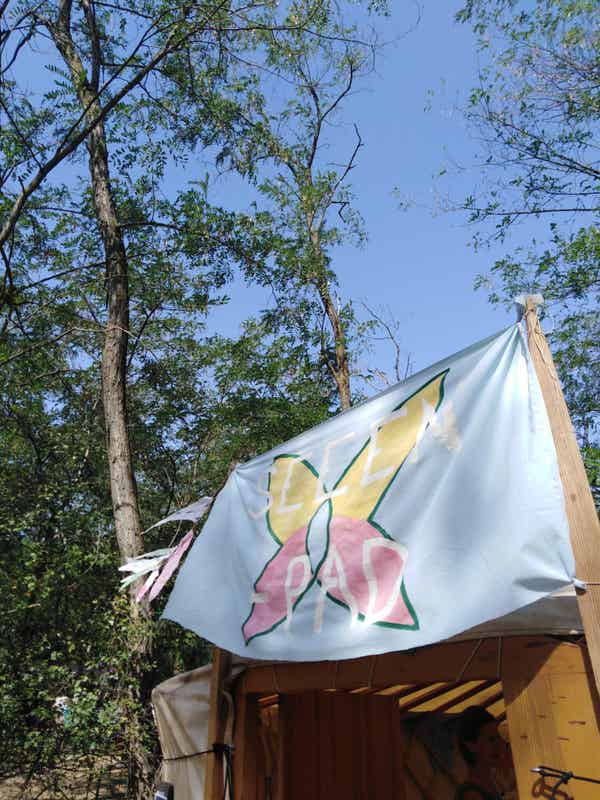 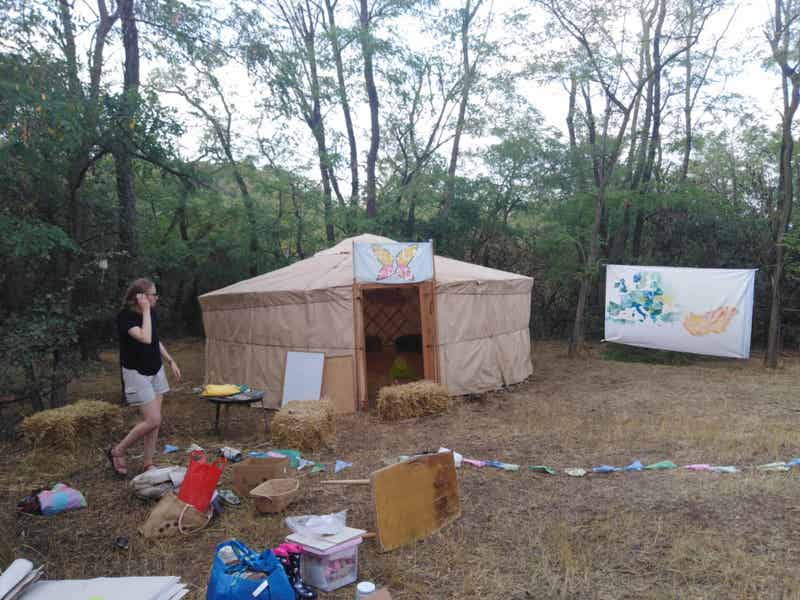 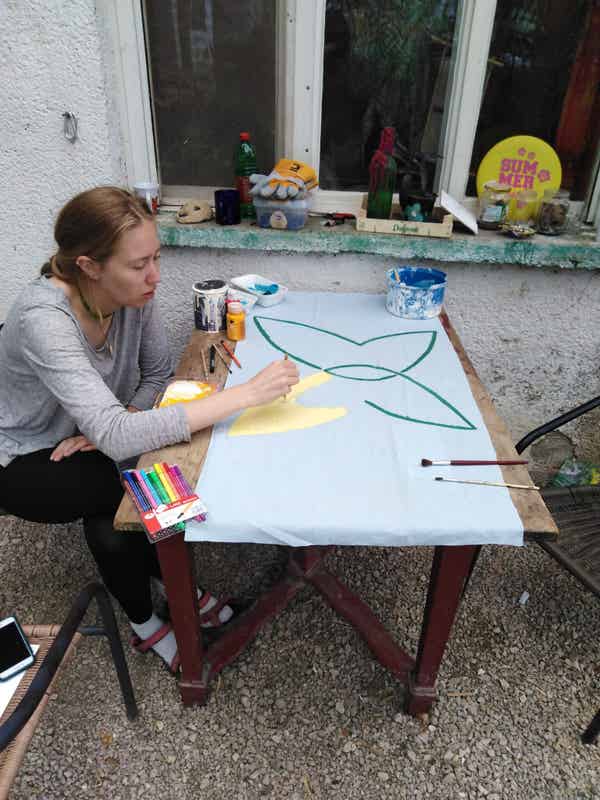 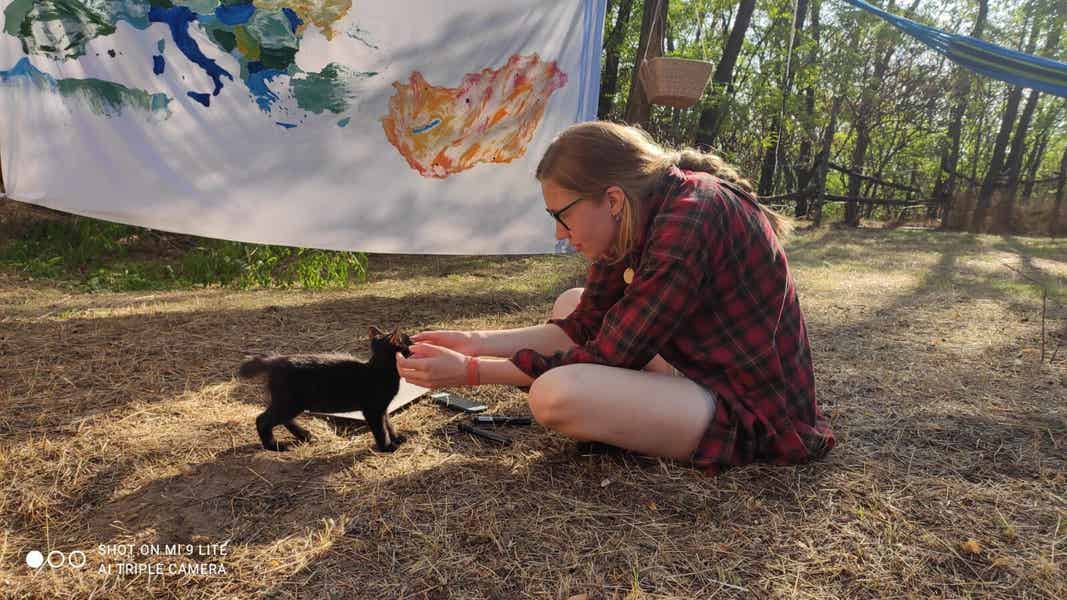 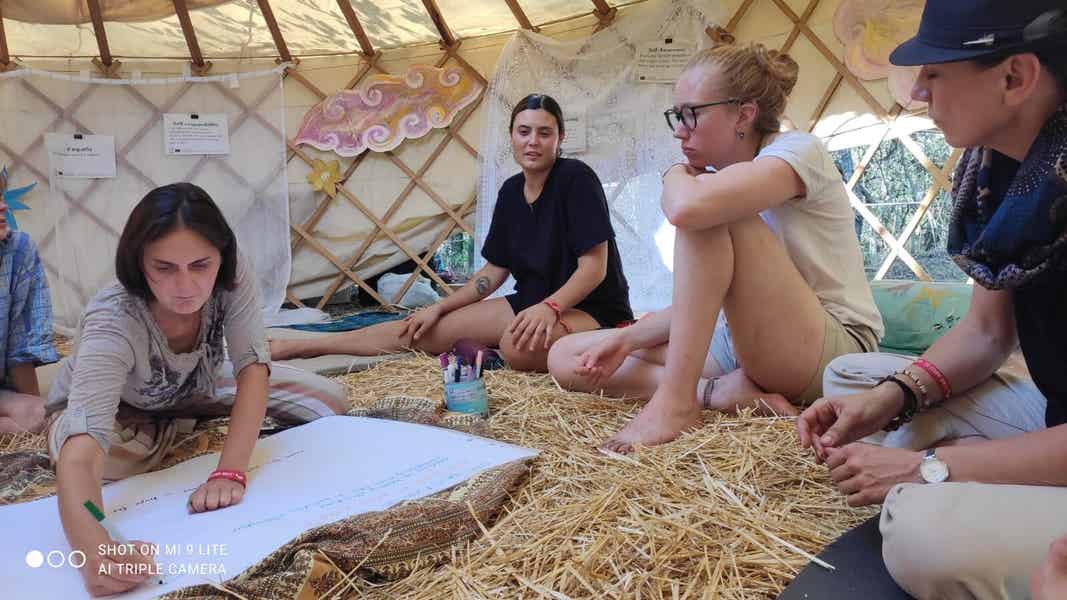 Last week I went to Nyim to help the volunteers there prepare for the Gyüttment Festival (or Movers Festival). Nyim is an eco-community part of the South Eastern European Ecovillage Network, that’s why the community members decided to create a stage at the festival that would present the network and encourage other communities to join and expand their collaborations outside of Hungary.

In Nyim we did some brainstorming for the session we would host on the topic of volunteering and prepared a lot of decorations for the SEEEN stage.

On Wednesday we went to Gomba where the festival took place. Gyüttment is a festival that focuses on sustainable living and is based on the different pillars of permaculture.

It took place in an acacia forest where the volunteers and participants camped and the different stages were built.

On the first day we built our yurt and prepared the space with all our decorations, information posters and our giant networking map.

The next few days we participated in the workshops that were held in English, mostly focused on community building and hosted our own human library on the topic of volunteering.

Overall it was a great experience. I really enjoyed working with the team from Niym, designing a space and spending so much time outdoors.

It was really cool seeing so many people interested in the topic and taking initiative towards a sustainable future.