Another month, another international night! This week we went to the Iberian Peninsula and had the pleasure to know more about the Portuguese and Spanish culture brought to us by our volunteers.
This time, the event started at 18h30, and, we had the chance to try 3 different dishes from each country. We started with the portuguese pataniscas and cogumelos à bulhão de pato (mushrooms with a lot of spices and flavour, normally made with white wine, but we offered a wine free option as well) and the spanish tortilla de patata, well-known internationally for its flavour and creamy texture. The desserts offered were bica gallega and pastel de nata pie, which showed perfectly the Iberian culture. As for the drinks, we had alcohol free sangría and normal sangría.
We tried to do something different from the normal flags displayed and offered an interactive museum where you could find the maps of both countries, a list of the best places to visit, as well as some curiosities and folk tales about the different regions.
Additionally, we offered the chance for people to know more about the countries and did a trivia night, with around 60 questions, with different levels of difficulty, to challenge the participants and the people from to the community about their knowledge and offer the chance to explain the questions that they didn't know.
As for the rest of the games, we played the patata caliente, or hot potato game, whilst listening to a spanish-portuguese playlist, followed by the three in-a-row game. 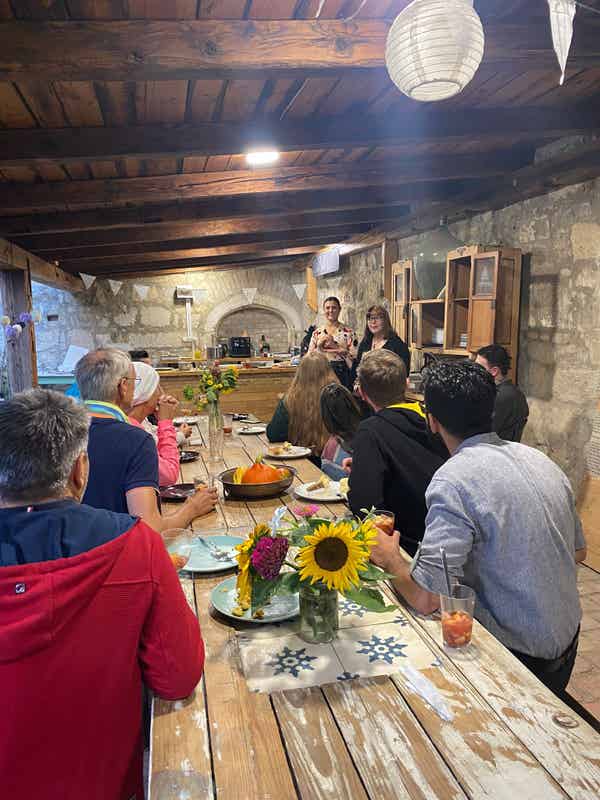 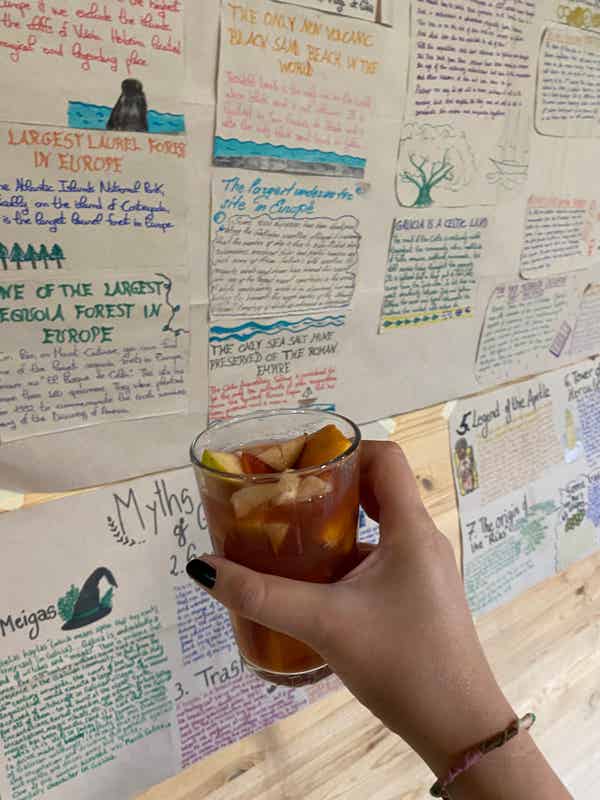 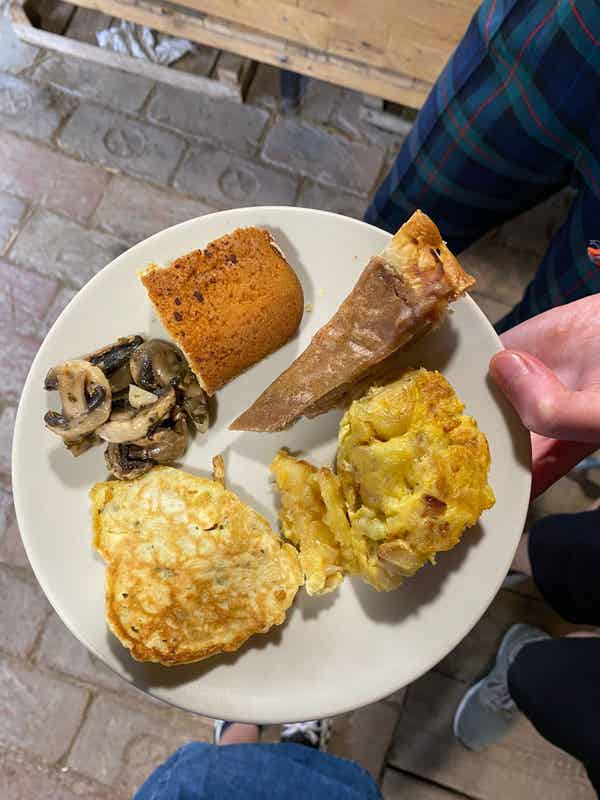 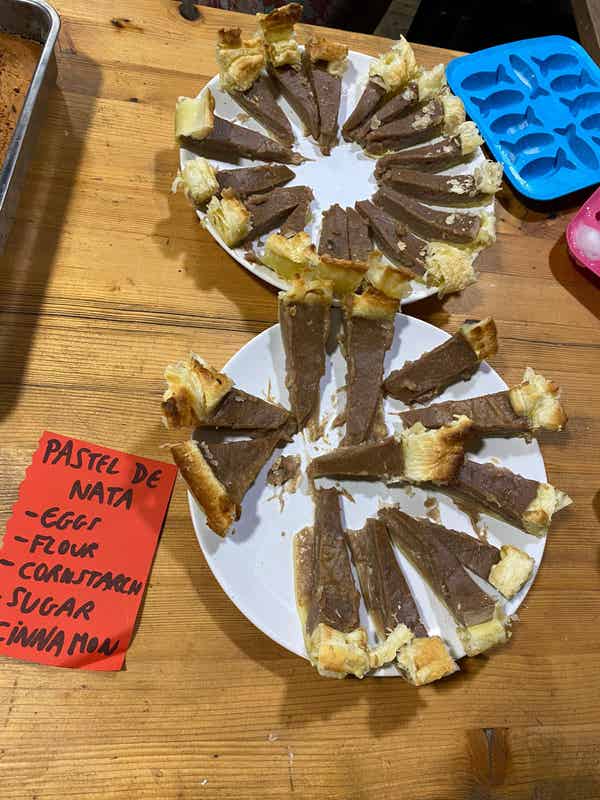 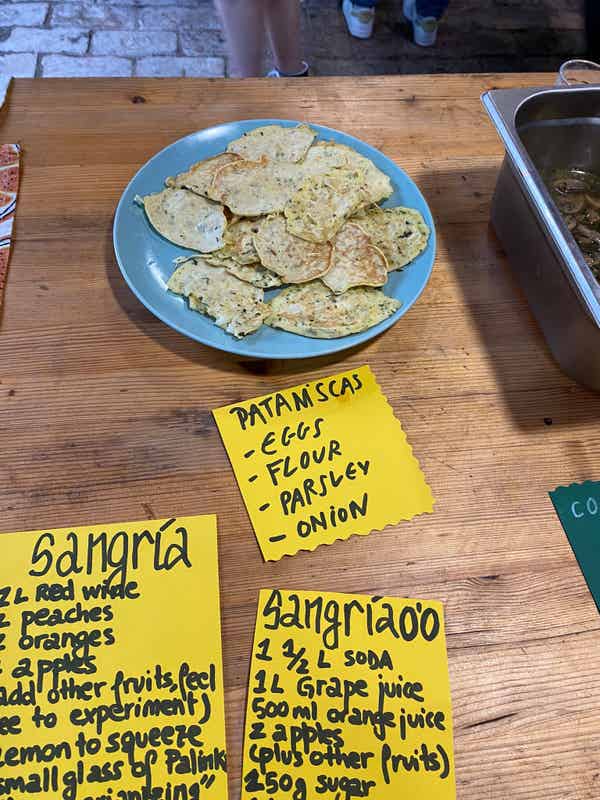 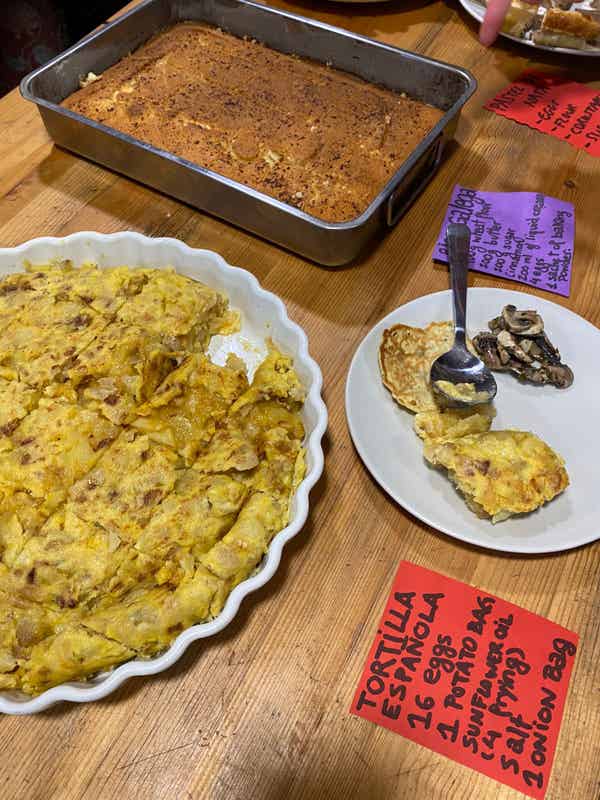 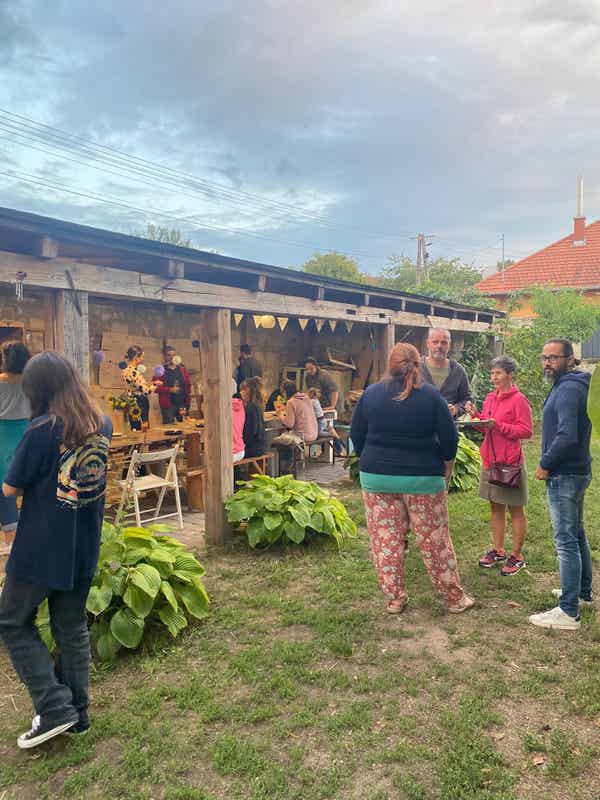 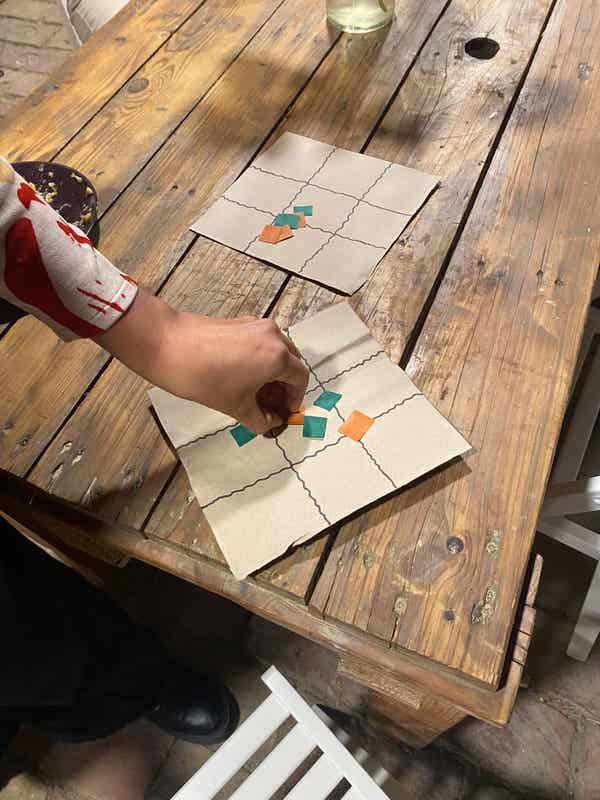 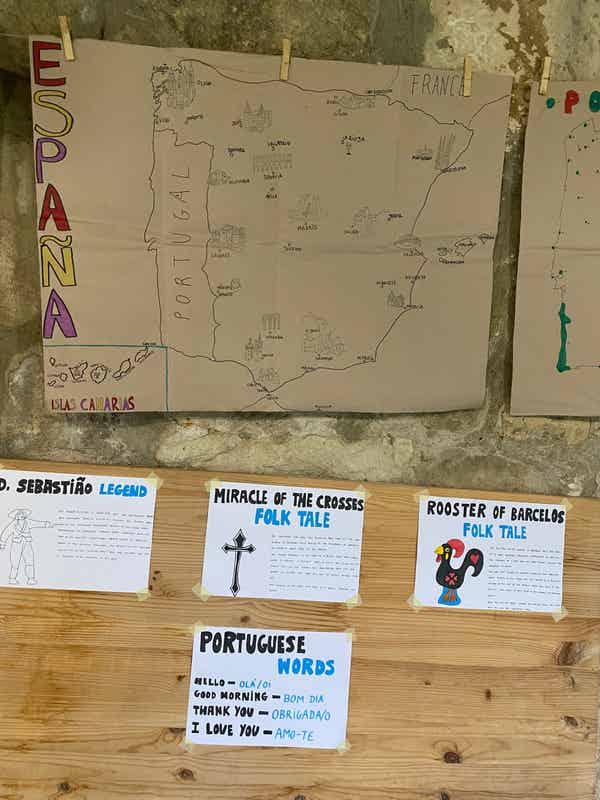 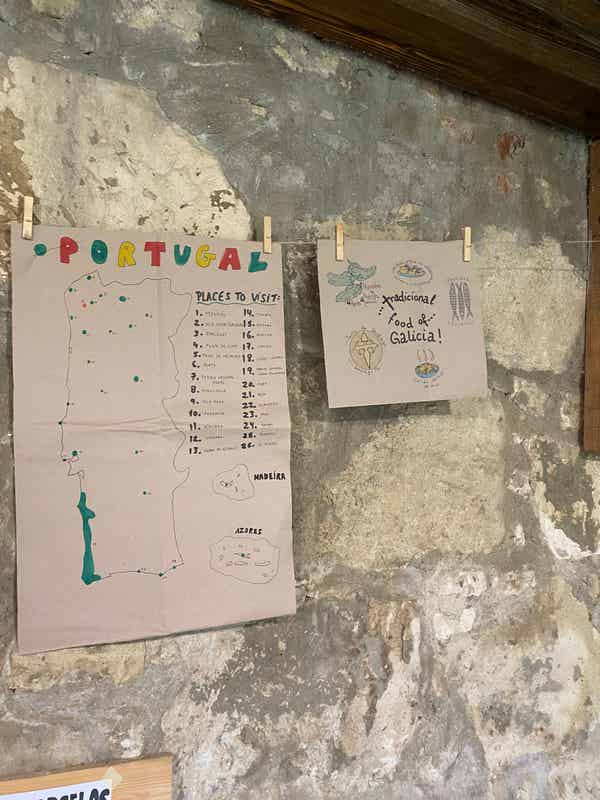 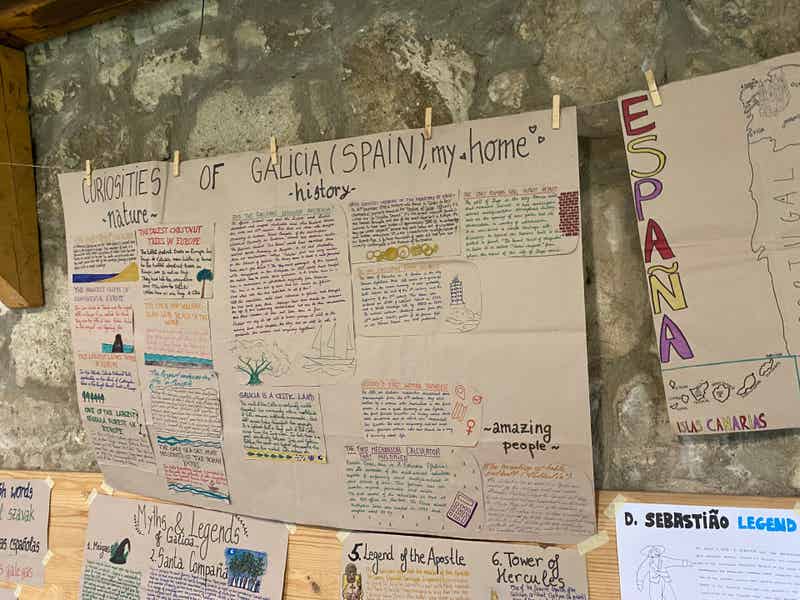 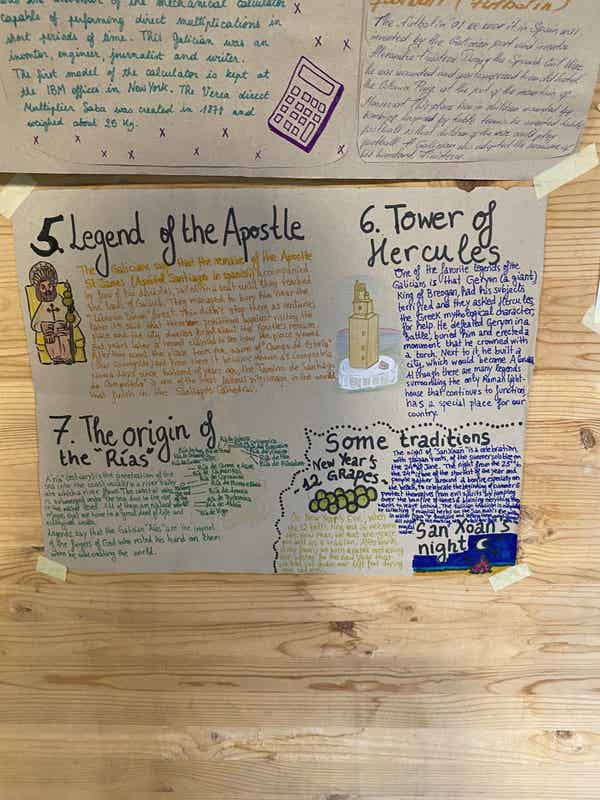