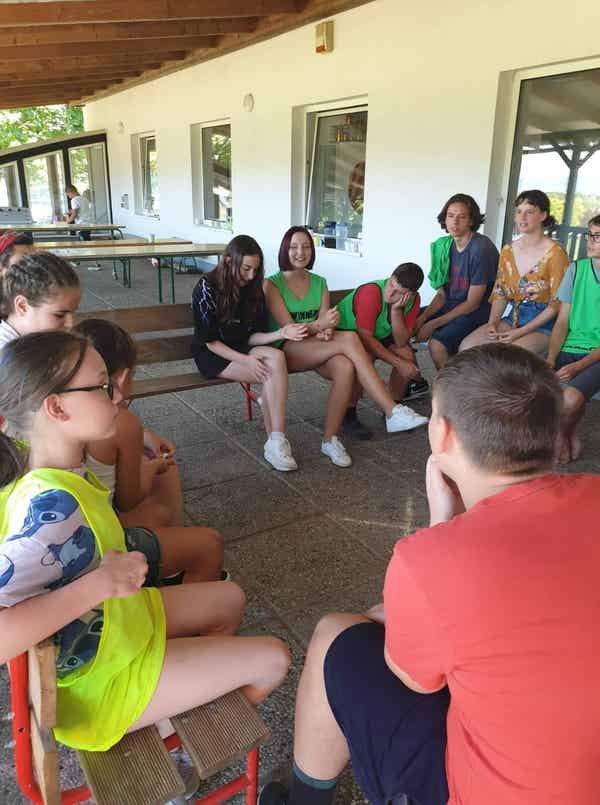 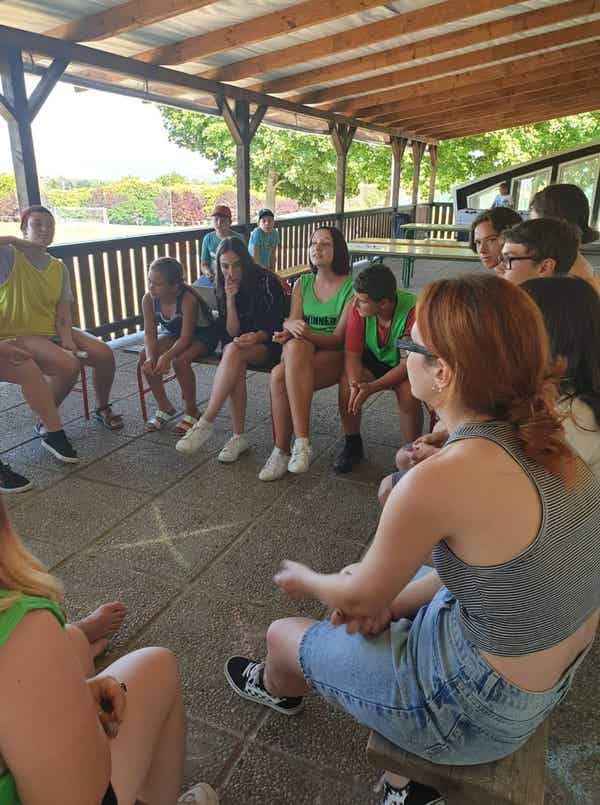 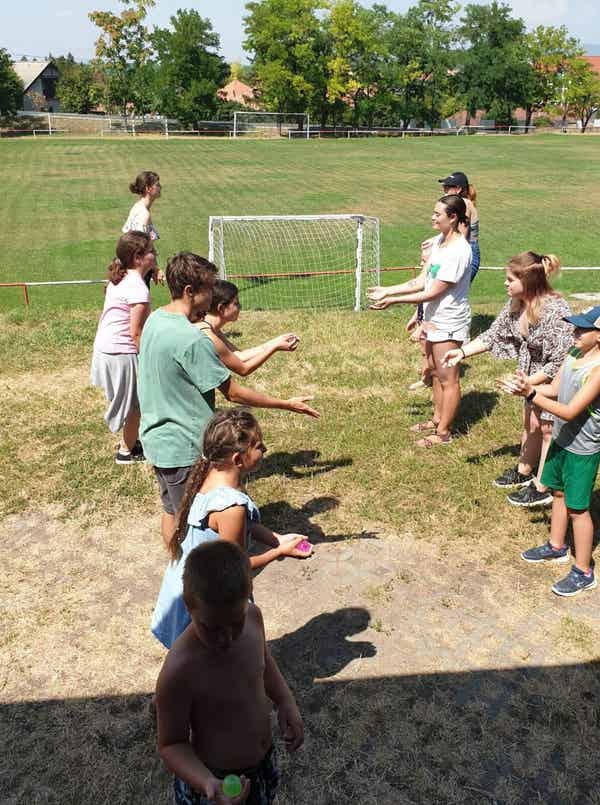 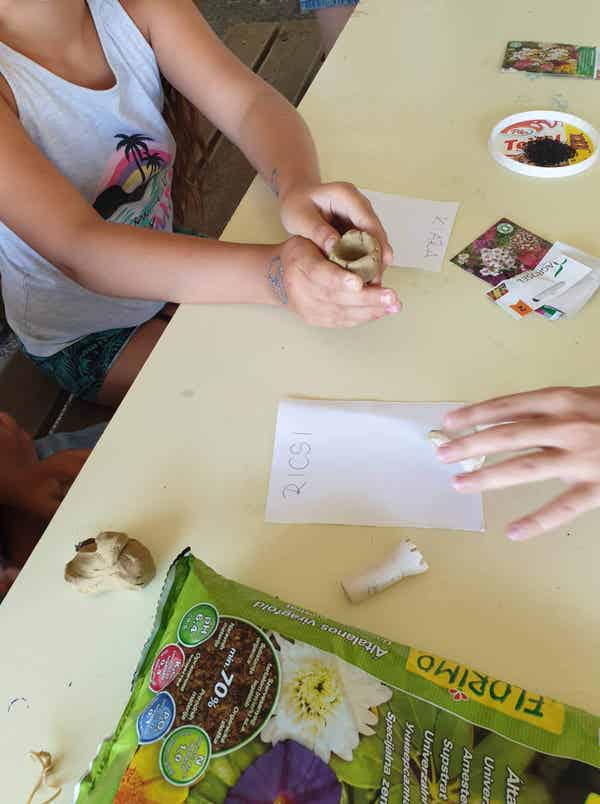 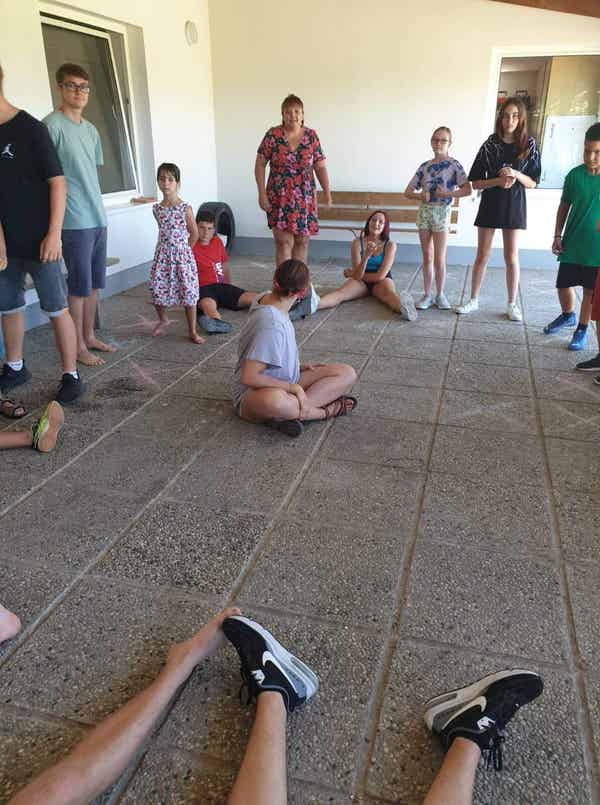 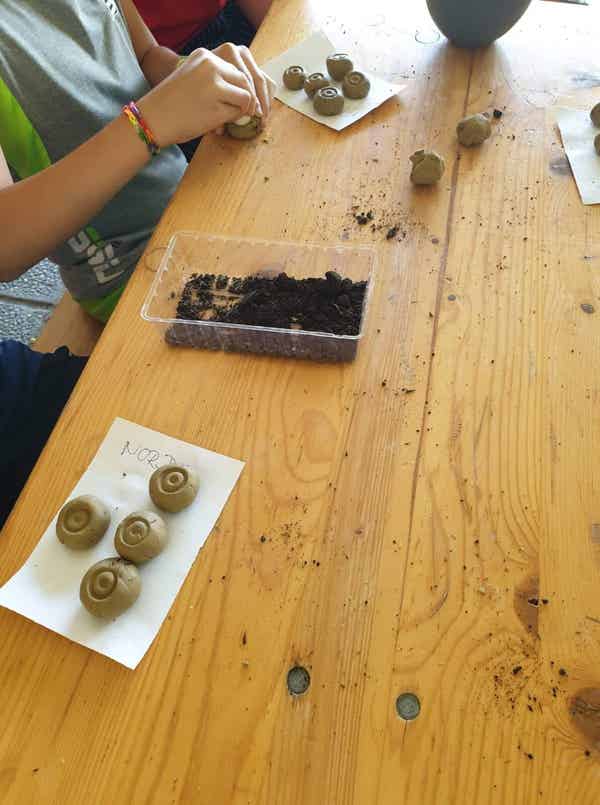 In July we, the fülemüle group, went on a lot of summer camps, organized by the local school. We learned a lot of new things about Etyek and the people from here.

The first week, Vale and me were playing our typical german card games with the kids. Since this camp took place in the "German house" we learned also about the history of Etyek which was very interesting for us. There were a lot of Swabian germans living in Etyek who were sent back to Germany after the second world war. In memory of them, there were multiple pictures in the house, showing a part of the way they were living.

In the following week, a new member joined to our group, her name is Paula and she completed our experience in the upcoming camps.
During that camp, we engaged a lot in playing typical childhood games from our home countries and learning new ones from the locals. Since it was really hot, we ended up having a water battle one day, as you can see on the pictures.
The last week of July, we finally visited a local museum about different ways to measure, the local cheese factory and we crafted clay balls with seeds in it which can be planted into the ground and then flowers will grow out of them.

Despite the hot weather, we all had a lot of fun and enjoyed to get to know the locals and kids better. We are looking forward to September and we are hoping to be able to share even more beautiful moments with the kids.